We LOVE music at Casa Pura Vida, and music in Spanish is not only so much fun to listen to, but also helps so much with language acquisition. People oftentimes ask me how I learned Spanish, and the honest truth is that I learned it singing. I studied music in college before changing my major to Spanish, and when I arrived to Costa Rica to study abroad, I threw myself into learning the words to a myriad of pop songs. My love of Spanish music carried over into the classroom, where I used popular songs to teach everything from Spanish grammar to Human Rights. So it’s only natural that we are celebrating Hispanic Heritage Month with our top 10 Spanish Ballads- and a fabulous giveaway from Multicultural Kids Blogs! (Note: All of the songs featured here are kid friendly- but not all of the videos are.) And don’t forget to subscribe to us on You Tube to listen to the entire playlist over and over! Please note that this post contains affiliate links to help keep Pura Vida Moms running.

Calle 13 is one of my all-time favorite groups- admittedly they came on to the music scene with music that was quite explicit- and they won a ton of Grammys for their efforts. Since becoming mega-famous, they have focused their last two albums on highlighting the beauty of Latin America, (affiliate) and the inequality that exists in many Latin American countries (affiliate). This song is a chilling portrait of human trafficking- I dare you to first listen to it without watching the video and draw your own conclusions about what the lyrics mean. Hopefully ¡a todo volumen!

Jesse & Joy are a hugely talented brother-sister duo from Mexico City. This song, from the album Con quien se queda el perro (affiliate) is perfectly done- the piano intro, the haunting vocals, all of it. I remember playing this song in the classroom when a freshman student looked up at me during independent work time, tears in his eyes, and said “Miss, what is this song? I have to have it- it’s beautiful.” Enough said.

One of the most recurring themes of the migrant experience is that of Mexicans crossing the border into the United States in search of a better life. Ricardo Arjona, a Guatemalan born singer-songwriter (and absolute genius with his use of vocabulary in his songs) teamed up with Intocable to tackle the topic of illegal immigration through this honest and poignant song. From the album Adentro (affiliate).

If you don’t know who Shakira is by now you’ve been living under a rock. (Mostly kidding?) Known throughout Latin America for her incredible voice and down-to-Earth lyrics, and in the crossover market for her blonde locks and non-replicable hip movements, this song talks about the healing power of leaving your anger behind. My favorite part ” Espero que no esperes que te espere después de mis veintiséis…” alliteration as only Shakira can. From the album Fijación oral volumen 1 (affiliate).

La Ley’s MTV Unplugged album is legendary (affiliate), and the best part about it is this ballad featuring the powerful improvised vocals from the Mexican singer Ely Guerra. There are several versions of this song from the Chilean rock band, but this version is timeless.

La Oreja de Van Gogh is a wildly successful band from Spain (affiliate), and I LOVE the unique quality of Amaia Montero’s voice as she speaks to the mistakes we make in love. I learned a lot of Spanish vocabulary through music, and here the word I remember looking up was empapada.

Ricky Martin is, undoubtedly, one of the most taleted singers to ever walk this Earth. If you only know of him from his crossover image as the singer of “Livin’ la vida loca” I challenge you to listen to his entire MTV Unplugged Album (affiliate) – it’s on constant rotation at our house. This track is about remembering love lost- and the vocals are phenomenal.

If you haven’t heard of Julieta Venegas you need to listen to her Limon y sal album stat (affiliate). It is one of the most cohesive albums that I have ever heard, and I actually had to buy it twice because I wore out the first CD (thank goodness for the invention of  digital music!). This track is the most final break-up song ever written- hoy es la última vez que hablo contigo.

When I was very first learning Spanish, one of my favorite English artists was Nelly Furtado (Hey, Man! off of Whoa, Nelly¡ is an incredible track) (affiliate) and the Medellin-born Juanes was one of my favorite artists in Spanish (La camisa negra, anyone?) (affiliate). So when they teamed up on this song about long distance love (before cell phone photography) I was instantly hooked. This is another album that I had two copies of- wore the first one out!

Verme by Baby Ranks and Notch

So this is the only bilingual song in the list, and I actually prefer the album version (affiliate) but Notch and Baby Ranks haven’t released that as a video yet.

A former student gave me a CD back in the day with his favorite songs on it. This song has been on my playlists in iTunes and on my phone for over 10 years simply titled “I LOVE THIS SONG!!!!!”

The rhythms evoke a Caribbean spirit like only a pair of Jamaican singers can, and well, I love it.

You can stream many of these albums for free with Amazon Prime, so make sure to join here! (affiliate) 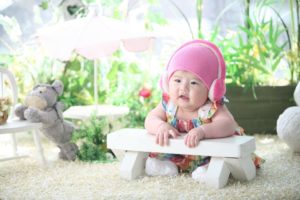 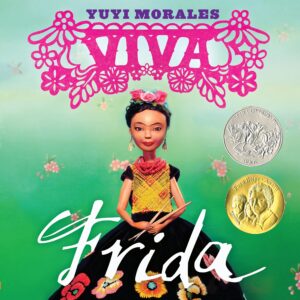