What Does Pura Vida Mean?

Pura vida isn’t just a word- it’s a lifestyle. And Costa Rica is the place where it was born.

From the very moment you step into Costa Rica- be it crossing the border by land, at the San Jose Airport or at the Liberia Airport, you’ll hear the Spanish phrase “pura vida” over and over. It’s basically the tagline for the country! But what does it mean? Read on to find out.

What Does Pura Vida Mean?

Literally translated from Spanish, pura vida means “pure life.” Pura vida is pronounced “poo-rah” “vee-dah” in Spanish. In Costa Rica, the “r” sound in pura is pronounced like a “d.”

Where Did Pura Vida Come From?

The phrase pura vida was actually coined by a Mexican movie from the 1950s. The film was called “Pura Vida” and the main character was Melquiades Ledezma.

In the movie, Melaquides suffers a ton of mishaps, but never gets upset or down. Instead, he stays positive throughout the film, making the phrase pura vida synonymous with a positive outlook on life.

He uses pura vida to talk about people, objects and actions. For some odd reason, the use of the word really resonated with Costa Ricans at the time, and the phrase stuck.

Today, Costa Ricans use pura vida to describe almost anything – from how they feel to how a person behaves. Not surprisingly, with such a positive attitude about life, Costa Rica has been named one of the happiest countries on Earth over and over by National Geographic.

Ex-pats who move to Costa Rica have to learn to love the pura vida lifestyle too!

Let’s look at a few examples of how we use pura vida.

For A Person– You can definitely say a person is pura vida. This means the person is cool, calm, fun to be around, or just generally very nice. Example: Ella es pura vida. (She’s awesome.)

For A Place – Want to describe your favorite place? Just say it’s pura vida and everyone in Costa Rica will know it gets your seal of approval. Example: La Fortuna es demasiado pura vida. (La Fortuna is just way too cool!)

For A Food – Yep, food can be pura vida too! Delicious, yummy, flavorful and all-around-superb are the adjectives that come to mind when I think of pura vida.

For A State of Being- You can feel pura vida for a time- a day, a week or a month. You can describe how you felt when doing something. It’s all pura vida! How are you? Pura vida!

In General- Pura vida can be anything! You can just yell it out when you are happy, or just say it when someone asks how you are doing. Costa Rica IS pura vida!

When you are visiting Costa Rica, make sure you know about the pura vida lifestyle. It’s a pure life- or simple life, a good life.

An example- the Blue Zones of Nicoya are one of the eight places in the world where people live the longest. This is because of their extremely healthy diet. That diet? Definitely pura vida.

Another example- Costa Rica is very eco-friendly- it plans to be one of the first carbon-neutral countries in the world. Keeping the environment pristine? Definitely pura vida.

And finally- enjoying the simple things. Of all the Central American countries, the people who live in Costa Rica enjoy some of the most peaceful day-to-day lives. There’s no army and little violence. People live a good life- the daily coffee rituals, a long healthy lunch and rice and beans for breakfast.

We can all learn a little from the phrase “pura vida” – I encourage you to incorporate it into your own daily life! 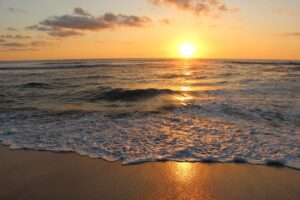 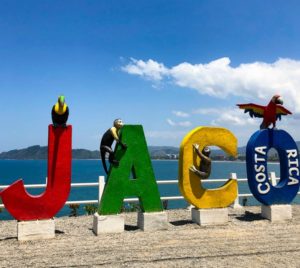 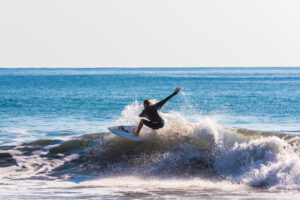