Disney On Ice Denver- A Great Night Out For Families! 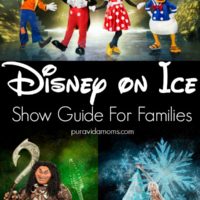 Colorado residents who can’t make it to Disneyland for the holidays are so lucky- we have Disney on Ice in December of each year.

It’s no secret that our family loves Disneyland. We took our preschoolers to Disneyland for the epic HalloweenTime festival last year, and ever since our kids are Disney-character crazy.  So we make sure not to miss Disney on Ice when it comes to town-it’s part of our list of favorite Denver Holiday Activities.

Disney on Ice takes over the Pepsi Center the first weekend in Denver with a unique show each year, and we love to partner with Feld Media to promote the event.

This year the theme is Mickey’s Search Party, which looks absolutely adorable. The premise is that Mickey and his friends have uncovered Captain Hook’s treasure map and have to follow it to find the treasure!

We are excited to see some of our favorite characters this year, including Ann and Elsa of Frozen, Maui and friends from Moana. Of course, we will see Miguel and friends from Coco, and favorites from Aladdin and The Little Mermaid.

Preparing for the show? We’ve got free Disney printable worksheets to get your kids excited about the show:

Disney On Ice- What To Expect

The shows usually open with a lively Disney song medley with Minnie and Mickey and all kinds of fun characters. Then there are fun scenes from all your favorite movies.

The characters have such elaborate and beautiful costumes and such animated expressions that at one point Big Sister, who is five, looked at me and said with wonder “Are those real people?”

There were a lot of younger kids that were getting pretty tired and fussy about halfway through the show- there are matinee shows on Saturday and Sunday.

There is an intermission halfway through the show for potty and snack breaks, and the audience is pretty chill when it comes to kids screaming and fussing. That’s because the show is really loud- so if you have younger children I would honestly suggest bringing earplugs.

All the classic favorite songs from each movie are featured in the show, and the audience was definitely singing along- I was belting out “Let It Go” with the best of them!

The ice skaters are so good- but the scenery and special effects just add so much to the whole show. There is a big stage at the back of the ice, with an LED screen showing complementary backgrounds.

During the princess medley there two of the princesses did acrobatics from ropes hung from the ceiling- it was so cool! Last year, kelp extended from the ceiling during the Finding Dory sequence, and at the end of the show, there was an amazing Frozen sequence involving spectacular lights and fireworks.

For Disney On Ice there is generally lots of parking at Pepsi Center. I almost always take cash to pay for parking, but last year it was more expensive to park paying cash.

This is for the safety of the parking attendants- if they have lots of cash there’s a higher chance of them getting mugged. All this to say, you can park for a fairly reasonable fee using a credit or debit card.

It’s best to check where your tickets are and park near there, we refer to this Pepsi Center Seating Chart.

Finally, get there early! There are lots of opportunities for photos and there are tons of people looking for their seats, so leave extra time for walking through the Pepsi Center before the show starts.

There are eight total shows in Denver this year, starting Thursday, December 5 and ending on Sunday, December 7.

Tickets start at just $15.00 and there is honestly not a bad seat in the house. The best way to get tickets this year is by going to the Ticketmaster Website and purchasing directly. See you there! 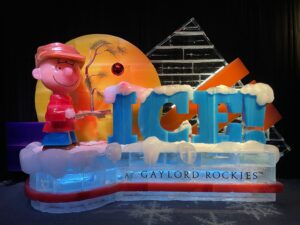 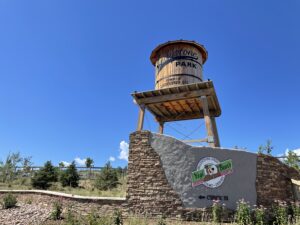