The ultimate guide to Tipping in Costa Rica – who to tip, when to tip, how much to tip and which currencies to use.

How Does Tipping Work In Costa Rica?

Costa Ricans don’t tip. It’s not a “thing” culturally. The expectation is excellent service because that is your job. “Ticos” (Costa Ricans) do not expect other ticos to tip, and when it is done it can actually be an insult.

There may be a tip jar or box in tourist areas, and this would not be an insult. Otherwise, tipping can be a garish show of class between upper and middle-class ticos, and it is not done.

This is why you will not generally see ticos tipping other ticos.

This doesn’t mean you shouldn’t tip, though. Read on.

Over the years, many different visitors from a myriad of nationalities have begun to visit Costa Rica, bringing with them their tipping cultures. In many parts of the world, tipping is culturally expected, so people have tipped in Costa Rica too.

Plus, since no one really minds getting extra money for their job, many Costa Ricans working with foreign tourists, especially from the United States, have become accustomed to tips from tourists but not from Costa Ricans.

This means you should probably tip some people in Costa Rica, and below I’ve shared my guide to when and how much to tip.

Should I Tip In Colones or USD?

It doesn’t really matter, but I think it is best to tip in local currency if you have it. This saves the person you are tipping a trip to the bank to exchange the money, possibly incurring bank fees on the tip.

In tourist areas, US dollars are widely used, but in the non-tourist areas where most Costa Rican guides, drivers and other workers live, dollars aren’t accepted. So I think it’s just a nice courtesy to tip in the local currency.

If you only have dollars and want to tip, by all means, do not let that stop you!

Restaurants are an interesting case in Costa Rica as far as tipping. You do NOT need to tip in restaurants as the tip is added onto your bill automatically at the end of the meal as a service charge.

You will find a 10% service fee and a 13% sales tax on each bill. If there is a place on the menu that says I.V.I. (impuestos de ventas incluidas) that means the tax is already added onto the final bill, but the service fee is not.

If you feel the 10% service fee is not enough because your waiter was outstanding, you can leave cash on the table or give it to the waiter, but you will generally not have the option to add a tip to your credit card bill in a restaurant.

If you rent a car in Costa Rica you will obviously need to park it. In many parking lots across the country, there will be a man or woman with a bright orange vest who will approach you when you park. They also may try to help you park or tell you which spots are open in a given area.

These are unofficial parking lot attendants who are called “wachiman” in Costa Rica. The idea is that they watch your car for you while you are not in it, and at the end you pay them.

These people are generally harmless, but it’s a good idea to acknowledge them when you park- you can say hello, nod your head, or let them know you see them and you will pay them when you leave.

As you pull away from the spot, simply roll down your window and pay them anywhere between 200-600 colones in change. This ensures your car stays relatively safe while you are gone.

Plus, you really don’t want to make the “wachiman” mad because he obviously knows your car is parked unattended.

How Much Should I Tip?

In some cases, guides are putting their lives at risk to work with you, as many people right off the airplane are not testing right away and could have COVID. So just be generous if you like the service.

Here is a table that will help you determine who to tip, and how much. Keep in mind these are just general guidelines and not hard and fast rules. You get to decide what works for you, given the cultural background outlined above.

Please check out our other Costa Rica Guides: 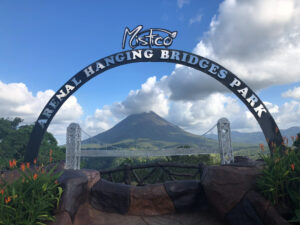 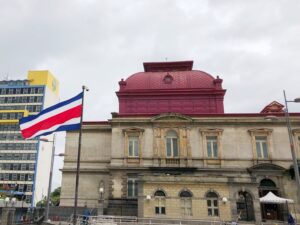