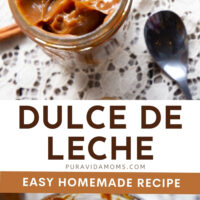 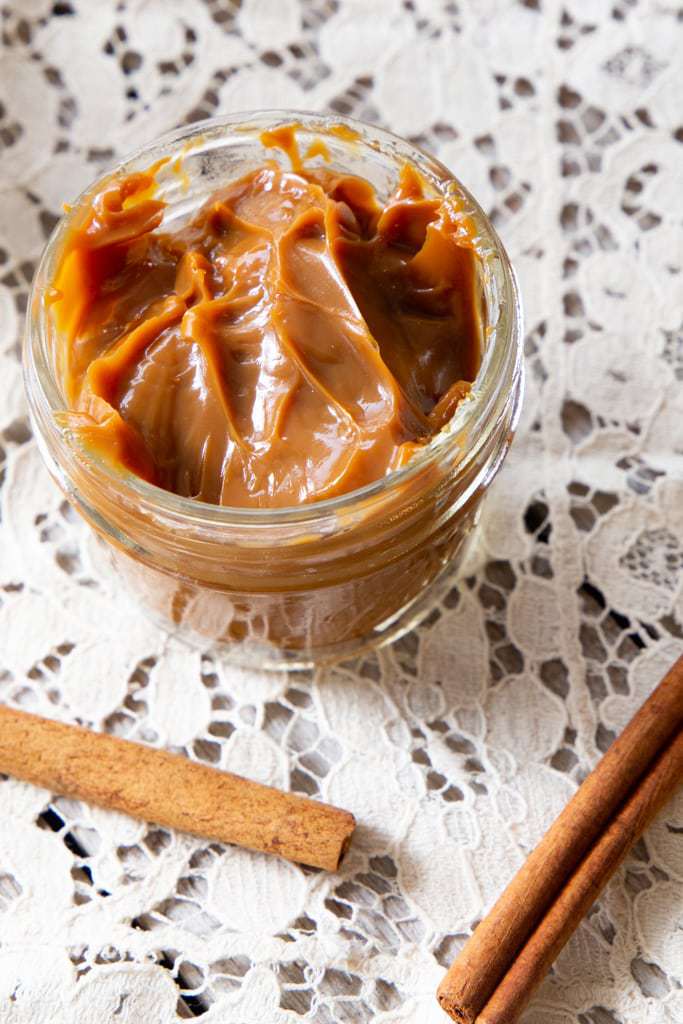 Combine the whole milk, sugar, and baking soda. In a heavy saucepan, bring everything to a boil, stirring occasionally with a wooden spoon (cuchara de madera). Then, reduce heat to low and simmer until caramel forms.

This should take about 1.5 to 2 hours. Once the caramel is fully formed, stir in the vanilla and remove from the heat.

This is the receta tradicional, or the traditional recipe for preparing this confection. Keep going to check preparation methods involving a slow cooker and pressure cooker.

Remove the wrappers from 1-3 cans of sweetened condensed milk. In a slow cooker, place the cans upright and cover with water. Cook on low for 8-10 hours or overnight.

Remove the cans from their hot water bath with tongs and allow to cool. Open them up and scrape their contents (now fully formed dulce de leche) into mason jars for storing.

Repeat the instructions for the slow cooker recipe, but instead cook the cans on high pressure for 20 minutes. 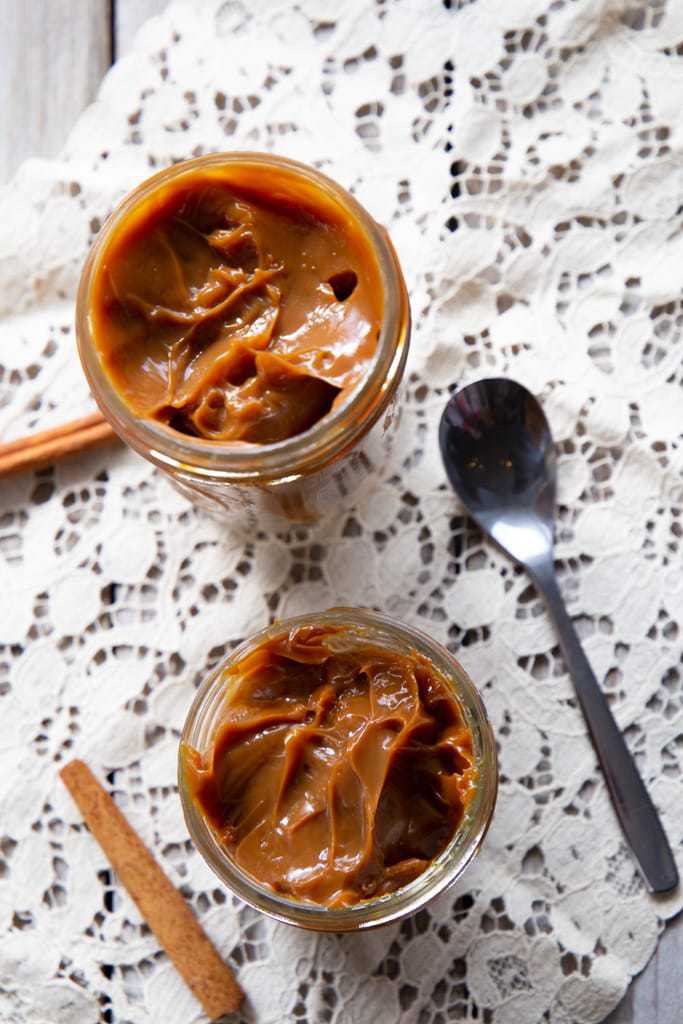 Luscious, sweet, and rich, dulce de leche is basically the Latin American cousin of caramel. While caramel is made with water and sugar, dulce de leche involves milk and is considerably thicker.

Dulce de leche is a staple of Latin American desserts, and with good reason! This gooey confection is super versatile, and can be used as a filling, frosting, or garnish. Whether it’s drizzled over ice cream or slathered on brownies, dulce de leche rarely disappoints!

The basic ingredients for dulce de leche remain about the same, but everyone has a preferred method for preparing it. Here, I’ve come up with three different ways to make dulce de leche casero (homemade dulce de leche) depending on what equipment you might have available. 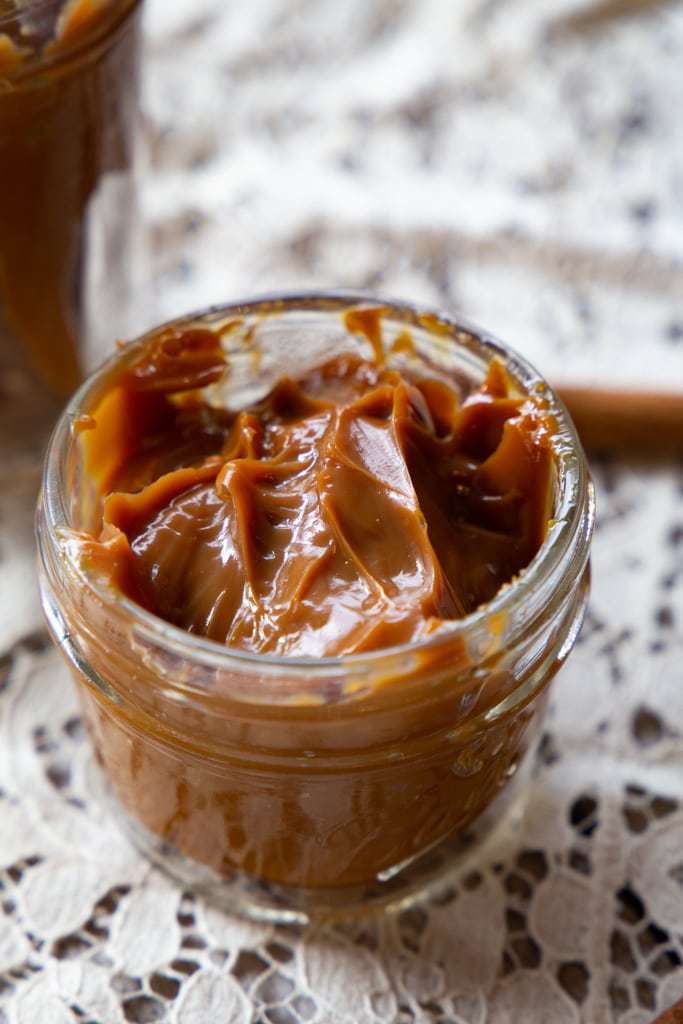 On the stovetop, you can swap in goat’s milk (leche de cabra) for regular cow’s milk. The end result is called “cajeta.”

It is possible to make a vegan, lactose-free version of dulce de leche with canned coconut milk.

You can also try adding sea salt to your dulce de leche for an irresistible salted caramel flavor! Cinnamon chips and chocolate drops are another fantastic addition.

Serve your dulce de leche warm and drizzle over your favorite dessert! Brownies, cakes, and vanilla ice cream are all fair game! It’s delicious when blended with Costa Rican coffee, too!

I use it for baking- Dulce de Leche Empanadas are amazing, it’s a key ingredient in our Torta Chilena. You can also place it between layers of Tres Leches Cake.

The best way, though, might just be to eat it straight off the spoon! (We won’t tell!)

1.) What flavor is dulce de leche? – Though it’s thicker, oit’s similar in flavor to caramel. Getting into scientific terms, it’s formed by a Maillard reaction– the same kind of chemical reaction that gives browned food its distinctive rich flavor.

2.) What country invented dulce de leche? – According to legend, an Argentinian maid discovered it by accident when she left a pot of milk and sugar simmering.

3.) What does dulce de leche mean? –  It roughly translates to “sweet of milk” in English.

4.) Is dulce de leche popular around the world?- Yes! Besides Latin America, France also has a version called “confiture de lait,” a delicious caramel sauce that is often served with cheese. 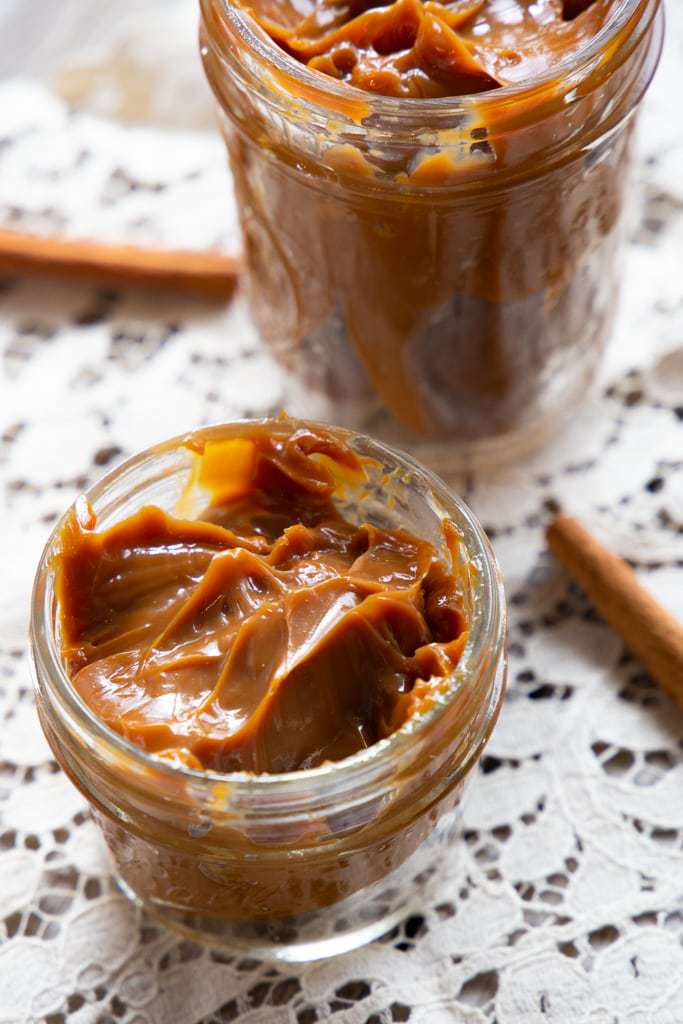 Please double-check this information with your favorite nutrition calculator. 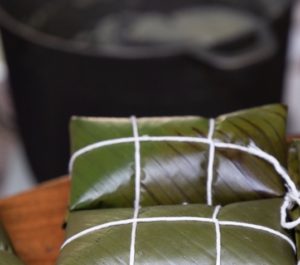 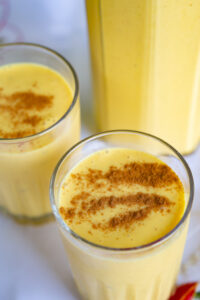 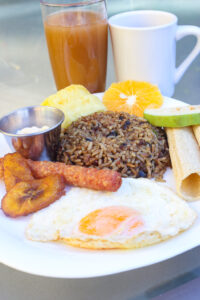